Hey, guys! Around two weeks ago, I wrote a guest post for Da-AL’s blog Happiness Between Tails about ableism. In the post, I mention a few things I’ve never talked about on my own blog like: the disturbingly high percentage of police violence against disabled people, how insulting it can be to see able-bodied actors playing disabled characters, and international disability day. I know most people have already read it by now, but if you haven’t, I highly recommend that you pop on over and check it out!

Happiness Between Tails by da-AL

The act of writing forces us to contemplate things more deeply, to question what we believe. Bloggers, novelists, all writers lay ourselves bare when we publish. When we communicate our passions, readers are challenged to think — and they challenge us!

Thank goodness for the world of blogging, a Utopian alternate universe where anyone with access to a smartphone or computer, along with the internet, can send their unfiltered voices all over the world.

Without blog-topia, I would never have stumbled across Simone’s The Wheelchair Teen blog. There she lets us into her often fun, sometimes heartbreaking life. With good humor and patience, she teaches everyone to live with joy and compassion… 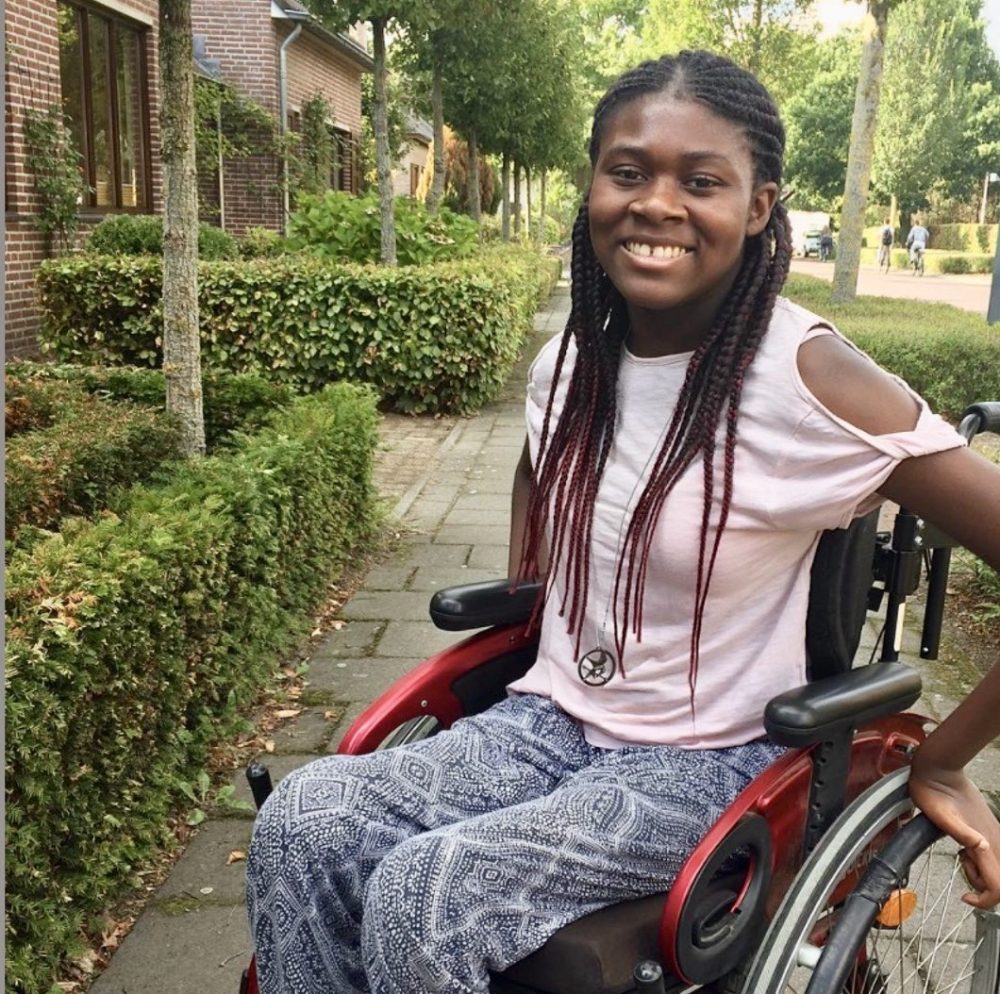 The Wheelchair Teen in her wheelchair.

Ableism: Discrimination Against Disabled People by The Wheelchair Teen

Hello, everyone! I’m The Wheelchair Teen and I write about my life as a black, disabled teenager. I’ve been disabled ever since I was…

Published by The Wheelchair Teen

I am a black, disabled teenager and my blog shares my personal experiences, some of the struggles and triumphs I’ve been through, as well as posts that educate people about disabilities to help end discrimination against disabled people. View all posts by The Wheelchair Teen

64 thoughts on “(Reblogged) Ableism: Discrimination Against Disabled People by The Wheelchair Teen”